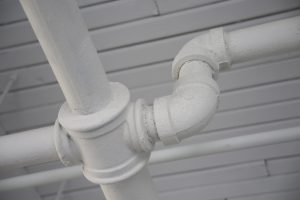 It’s inevitable to experience clogged drains in your home. And when you encounter one, you can attempt to fix the plumbing problem yourself. The common solutions are pouring hot water into the drain, using a plunger, pouring in a mixture of baking soda and vinegar, or pouring chemicals. However, tough clogged drains may call for a professional to get it fixed especially when plungers and mixture of baking soda and vinegar do not work. But a do-it-yourselfer can go as far as using a drain snake. Why not? Having an HVAC expert or plumber fix the drain can cost you hundreds of dollars while a drain snake will only take about $25 off of your pocket and it’s an easy solution in a professional level.

Let’s learn what a drain snake is before we discuss how to use one.

A drain snake (aka drain auger or plumbing snake), is a long, bending metal wire that has a funnel-like tool on its end. It is called a snake due to its resemblance to the animal, snake. A small home drain snake is usually 50 feet long and is hand-powered. The cable of the snake will be fed down the drain, and as it is being pushed down, the handle should be turned which means the cable will be spinning as it goes down the pipe.

Due to the snake’s flexibility, the snake will go down the drain easily even with its twists and turns, until you reach the obstruction. The twisting motion will allow the end of the auger to hook the clog and you can simply pull it out of the pipe.

A home drain snake is different from the one that is used in the toilet. A toilet snake would have a plastic cover that protects the porcelain from scratches that may be caused by the metal cable and the auger. That’s beside the obvious reason that you wouldn’t want to use one snake for your toilet and your kitchen sink.

So how do you use a drain snake?

First, you will need to wear some protective gloves as you will be touching the cable once you have pulled it out and also the cause of the clog. You might want to use work gloves because the cable coils can rip thin latex gloves. Then, spread some towels around the drain. Next, have a pail where you can discard the debris that will be taken out of the pipe.

Feed the auger end into the drain then feed the cable with a twisting motion. Keep twisting as you slowly allow the cable to go down the pipe. If you’ll be unclogging a tub, be sure to feed the auger into the overflow drain. This is to prevent the snake from traveling up to your air vent instead of the drain.

The cable will back up as soon as it gets to the clog. You’ll have to keep on cranking so it’ll catch onto the clog. When there is resistance, you can then pull the cable out slowly and remove the clog it has taken. Flush with water to remove whatever the snake has dislodged and clean your snake for future use.

Using a drain snake isn’t really rocket science and that’s why having one and knowing how to use it is very convenient and money-saving.